This is the latest in a series that celebrates the intersection of human culture - great music and mighty tales told in stone; or in this case, 100 year old memorials to unimaginable sacrifice.

In the Northern Hemisphere spring of 2016, I had the good fortune, and honour, to visit the World War One battlefields of France and Belgium.   Here, on the border between France and Belgium, 99 years and 3 months before, my Grandfather, H.H. Stitt had "done his duty" as a corporal, then sergeant in an artillary unit, serving actively at four locations in the Ypres Salient until wounded on 21 July of 1917, and repatriated to Australia via Rouen and England, "unfit for service" due to his smashed leg.

And special as it was to stand in the locations he and his unit had stood and survey the land laid out below, 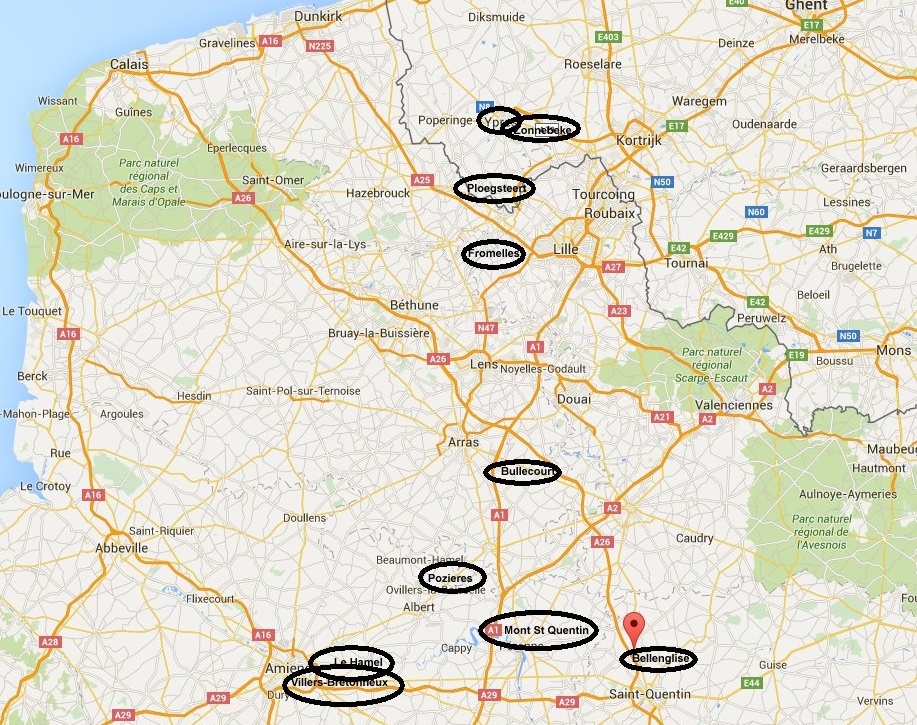 even more special, and moving, was visiting the many memorials that are littered across the landscape from Amiens & Saint-Quentin in France, all the way up to Ypres in Belgium.

Most moving of all, was standing in front of a plain headstone with a carved cross and a simple inscription. "A Soldier of the Great War - Known Unto God".   There are many.

It did not take long to learn that in "The Salient" alone, one quarter of a million Commonwealth servicemen sacrificed their lives. &nbspMore staggering were the statistics on how many have no known remains; or unidentified remains in those poignant graves.   I'll let you find out the statistics yourself in the video.

And so was born this 5th "Story in Stone"; a very different intersection of human culture and music.

As this project formed in my mind, it was set to the 3rd movement of Beethoven's 5th Symphony, with its spectacular crashes, redolent, I thought, of the clash of war.

But when I got into production and the images: Wrong! Wrong! Wrong!   Far too joyous and uplifting.   There were a few candidates in my repertoire that would work, and I was very drawn to Purcell's

"On the death of Queen Mary" , specifically the awesome Moog/Carlos version used in Stanley Kubrik's

"A Clockwork Orange" .   But copyright issues I was trying to avoid precluded this, leaving Richard Wagner's "Siegfried's Funeral March".   Utterly perfect and I found an interesting public domain version from

"The President's Own Band" .

Perfect for the beginning with its brooding foreboding, and perfect for the exposition with its demanding funereal stridence and wrenching lamentation of trumpets.   But not perfect for the resolution which needed some form of "redemption".   Luckily, the same crew did the finale to Gotterdamerung whose almost nostalgic gentle ending is fitting for a field of sleeping warriors.

The first serendipity of this video was that I was at the battlefields at all.   Our objective was The Netherlands and Amsterdam, but we scored an on-sale flight into Paris and used that opportunity to drive up through the battlefields and Brugges.

The second serendipity was pinning down exactly where HHS had fought.   His war service record said almost nothing of value; but the amazing "War Diaries" kept by the military, and available through the

allowed me to stitch together some apparently conflicting facts, identify his unit and marry their postings across the Salient with the little his war record did show. 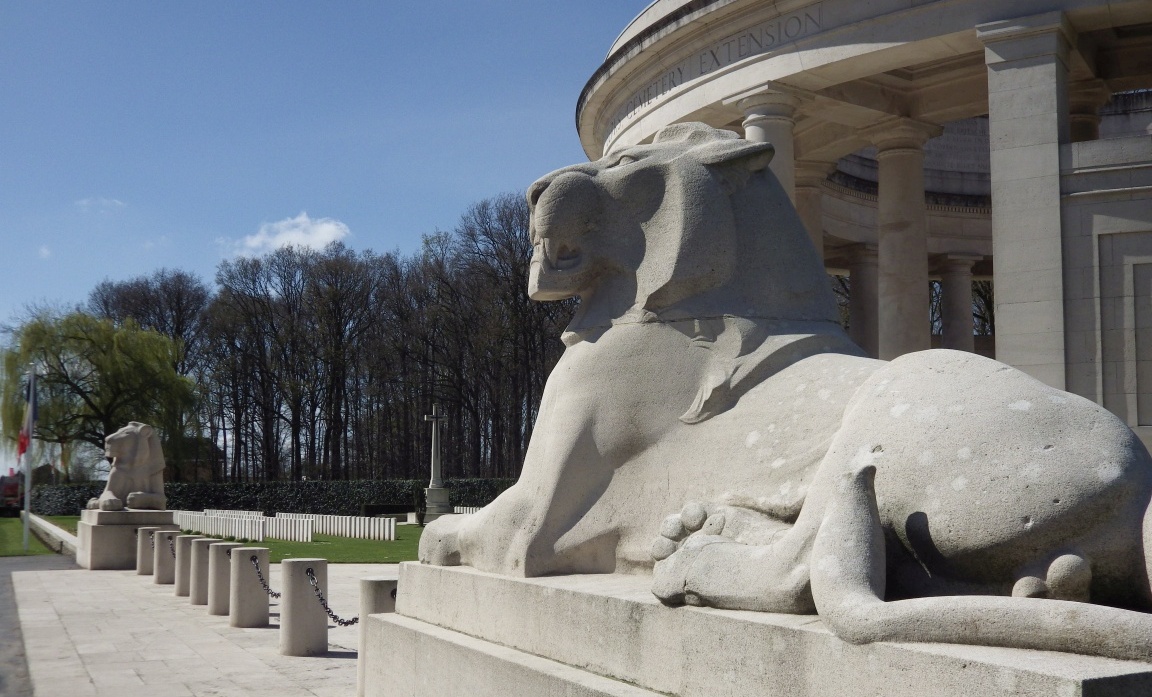 And the final serendipity were the two lions at the Berks Cemetery Extension (wrongly called the Ploogsteert Memorial in my soundtrack).   How perfect their contrasts?   The snarling vicious power of the battlefield lion and the serene contemplation of the graveyard lion.   A powerful work of art in themselves.

I knew I wanted to feature those poignant, nameless gravestones and had photographed many from sort-of the same angle, especially looking for those with a bit of early spring colour in the otherwise trichrome green/white/brown cemeteries.   When I settled on my "story", I needed to cross fade from one gravestone to another but each pic was at just a little bit different angle or perspective, plus the gravestones themselves were not all from one mould.   A mess.

to the rescue with its stretches, pulls, perspective filters and other goodies meaning my stock of 41 "Soldiers of the Great War" from about 10 different cemeteries could be made to look like a professional, standardised shoot that cross fades almost seamlessly.

I do hope you enjoy "Known Unto God".   And pause a moment to consider the debt of gratitude we owe those who served, but unlike my grandfather, never returned.